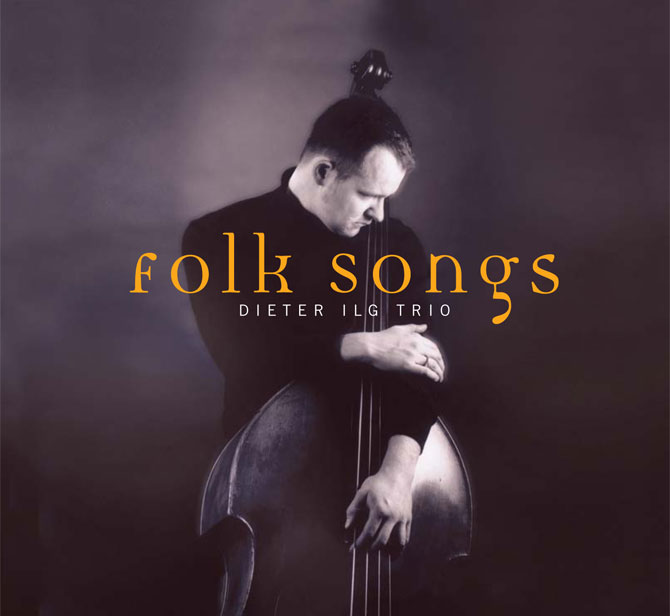 German bassman Dieter Ilg has always surprised me not only with incredible technique, but also as a tasteful player – for example when he toured with Randy Brecker’s acoustic band in the late 80s.His first solo album (Summerhill) was probably the best contemporary jazz album of 1992 and proved that there is modern jazz aside from copies of the bebop legends and elevator music. With folk songs he comes up with a huge surprise – taking european folksongs as the basis for trio jazz blowing with two great groups. Both feature him and drummer Steve Arguelles, but on behalf of the tunes we hear french pianist Benoit Delbeq, while on the others he is joined by guitarist Wolfgang Muthspiel, who is his equal in modern tasteful improvisation. But it is not only the playing .. the choice of songs is perfect. All of them actually match some of the best melodic writing in jazz and pop – which is probably the reason why they survived several centuries. Add a dynamic recording and you get one of the best jazz albums of the last 12 months!
Jazzreview.com 1998

A different kind of Folk Song that makes retrospection and tradition
enjoyable.
NRZ 4 / 98

Conceptually clever and brilliantly realized. Folk Songs is as
inventive and provocative as it is musical
JAZZTIMES / USA 12 / 97

Fascinating how Dieter Ilg with great sensitivity has rearranged these
partially very well known melodies and has managed to place them in a
jazz oriented improvised setting. Without loosing their old „flair“
these songs have been endowed with a new and individual
atmosphere…….a couragious project on the highest musical
level.
KULTUR & FREIZEIT / A-WIEN 6 / 97